23 carat foil has been applied through technique called Keum-Boo. It is an ancient Japanese technique allowing fusing 23 ct gold foil on silver through the heat.

In the centre of the pendant the cushion cut golden rutilated quartz is set in Sterling silver.

Four little tubes that are holding the stone are also set with gems, with 1.5 round citrines.

The beautiful effect of golden rutile needles is creating an effect of luxury and uniqueness. There is no two identical stones with golden rutilated quartz, which makes it even more special. Ancient Greeks believed that needles of golden rutile are in fact trapped golden hair of goddess Aphrodite, as a gift from her to the human kind. Stone was suppose to bring blessing and protection of the goddess of beauty and love.

Above the quartz, a 5 mm yellow round citrine is set in Sterling silver. Citrines are also gemstones from quartz family and they can come in very light colour yellow shades, to almost orange-brown.

Pendant is securely suspended on the Sterling silver omega style of chain, which completes the whole design.

There is no other pendant like this one in the whole world. It could become an amazing gift to someone who likes an original fine art jewellery.

Designed and hand made with love in Cork city, Ireland.

There are no reviews yet.

Only logged in customers who have purchased this product may leave a review. 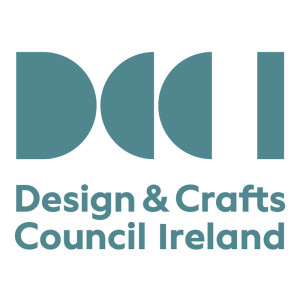 This website uses cookies to improve your experience while you navigate through the website. Out of these, the cookies that are categorized as necessary are stored on your browser as they are essential for the working of basic functionalities of the website. We also use third-party cookies that help us analyze and understand how you use this website. These cookies will be stored in your browser only with your consent. You also have the option to opt-out of these cookies. But opting out of some of these cookies may affect your browsing experience.
Necessary Always Enabled
Necessary cookies are absolutely essential for the website to function properly. This category only includes cookies that ensures basic functionalities and security features of the website. These cookies do not store any personal information.
Non-necessary
Any cookies that may not be particularly necessary for the website to function and is used specifically to collect user personal data via analytics, ads, other embedded contents are termed as non-necessary cookies. It is mandatory to procure user consent prior to running these cookies on your website.
SAVE & ACCEPT
Manage Cookie Consent
We use cookies to optimize our website and our service.
Manage options Manage third parties Manage vendors Read more about these purposes
View preferences
{title} {title} {title}